×
You are here: Home / Curry and Gravy / Bibbe in Makhani Gravy or Cashew Nut Vegetable 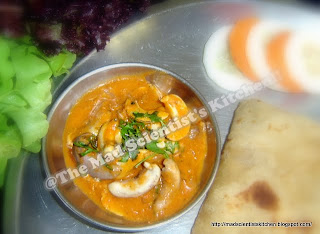 Goa has a lot of cashew plantations and this is the season when the cashew nut is harvested.  So we have a lot of fresh cashew nuts coming in the market. They are called “Bibbe” in the local language and sold by numbers. 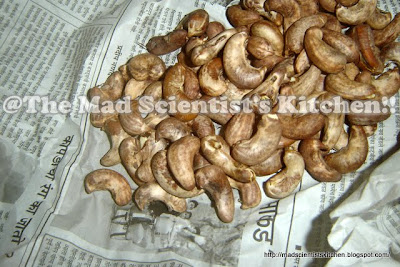 There is nothing more satisfying then soaking the Bibbe in water and peeling them  and of course popping them in your waiting mouth. We buy them every season and   end up just eating them. 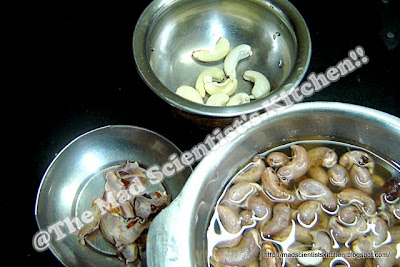 This season is different as my younger kid (she loves all these fruits) was not interested in eating them. So we peeled them and made vegetable.
Traditionally these are make into Tonak and is called “Bibbe che Bhaji” or “Bibbe Bhaji” but since tonak has very few takers at home right now I decided to make them in Makhani gravy.
The gravy is what I have blogged about earlier. You can check it out here.
For 100 number of Bibbe or cashew nut of soaked and peeled I used ½ the Makhani gravy (the rest can be stored in the freezer for later use).
In addition you will need
1 onion finely chopped
1 teaspoon oil
Method:
1.       Heat the oil and fry the onions till they are translucent.
2.       Add the cashew nuts and fry till they change colour. 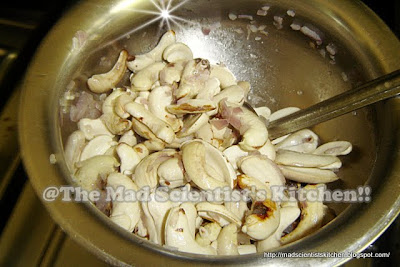