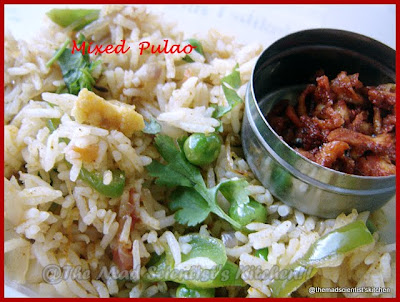 First let me wish all my friends “A Very Happy New Year”! Sorry I have arrived in my usual susegad manner but better late than never!!
For the New Year as it is our practice I ran away from Panaji, Goa. This time we friends met at Pachgani.
We had a fabulous time first visiting the Raigad fort, where we met a guide who was obsessed with toilets!! He showed us the attached toilets that Chatrapati Shivaji’s six wives who stayed on the fort had. Can you imagine the toilet seat is still intact and you can see how well it was designed for all the exits!  His ministers who ran all the 8 forts that Chatrapati Shivaji reigned over had attached toilets too!
Hmmm I am also talking about toilets now!
Chatrapati
Chatrapati Shivaji had a big bath tub in his quarters!
But jokes apart the king was a visionary where else will you have a fort built, the stone quarried from the site itself so that there is a lake formed and you are self sufficient in water.  For the coronation you need to have an elephant ride after the ceremony but since you cannot get an elephant to come up on the mountain he bought an elephant calf and groomed it. The climb to the fort is steep about 1500 steps and they are ‘deed pauli’ that is 1 ½ step each.
I refused to use the stairs imagine using about 1500 steps! Whew the thought was enough to break me in cold sweat. I told my friends that I was using the ropeway and will go down with all their bags.
Then from there we had a gala time in Pachgani thanks to Anju and her family.
But more about it later when I compile all the pics and make a write up on our trip.
Coming to today’s recipe that I made some time ago…
My elder daughter had her college picnic and I was instructed, yes instructed that she wanted just pulao.
My instructions did not end there I was told that it should be mildly spiced and should not be ‘pachak’ which is her way of saying she wants it a bit of red chili powder in it.
Now since I had made peas &  tofu pulao just for the night before I really had a problem. How do I make something that
does not taste like last night’s dinner?
Not left with much choice I decided to use cooked rice this time. As I did not have shahi biryani masala I decided to
innovate and was amazed when we all liked the taste. 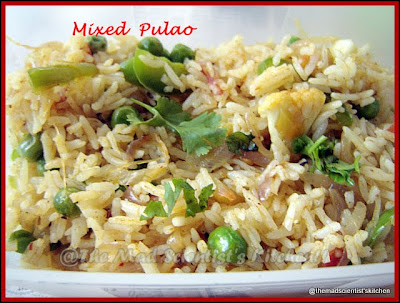 This is just to list out what I did so that I can use it as needed.
Ingredients:
2 cups basmati rice cooked
2 tblspn ghee
1 teaspoon jeera
1/2 teaspoon coriander seed
1/4 teaspoon sauf
3 cloves
4 pepper
1 stick cinnamon
1 elichi
1/2 teaspoon shahi jeera
1/2 teaspoon mace
1teaspoon chili powder
2 teaspoon ginger garlic paste
2 onions, chopped fine
2 cups peas
1/2 cup cauliflower
1 capsicum,sliced
1/2 cup carrots (I did not use)
Salt
Coriander to garnish
Method:
1.     The earlier night I cooked the rice in the cooker  1 whistle
2.     Dry roast  then grind shahi jeera, coriander seeds, cloves, pepper, cinnamon, elichi & sauf, mace till you get a
nice aroma. (Next time try roasting them individually). The yield is about 2 tblspn.
3.     In the morning heat ghee in a pan add all the jeera, till it changes colour now add the ground masala about 1
teaspoon
4.     Add the onions and fry till translucent, fry the ginger garlic paste.
5.     Add the vegetables and sauté them with a little salt and chili powder. Cover and cook till the vegetables
are tender. I added the capsicum just before the rice.
6.     Add the cooked and fluffed rice. Mix well.
7.     Switch off the gas. Keep the pan covered.
8.     Garnish with coriander.
Sending to  Radhika’s Cooking with Rice 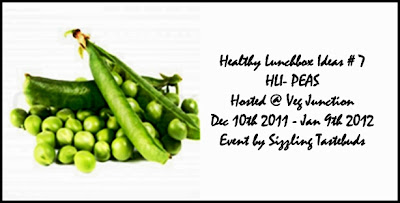