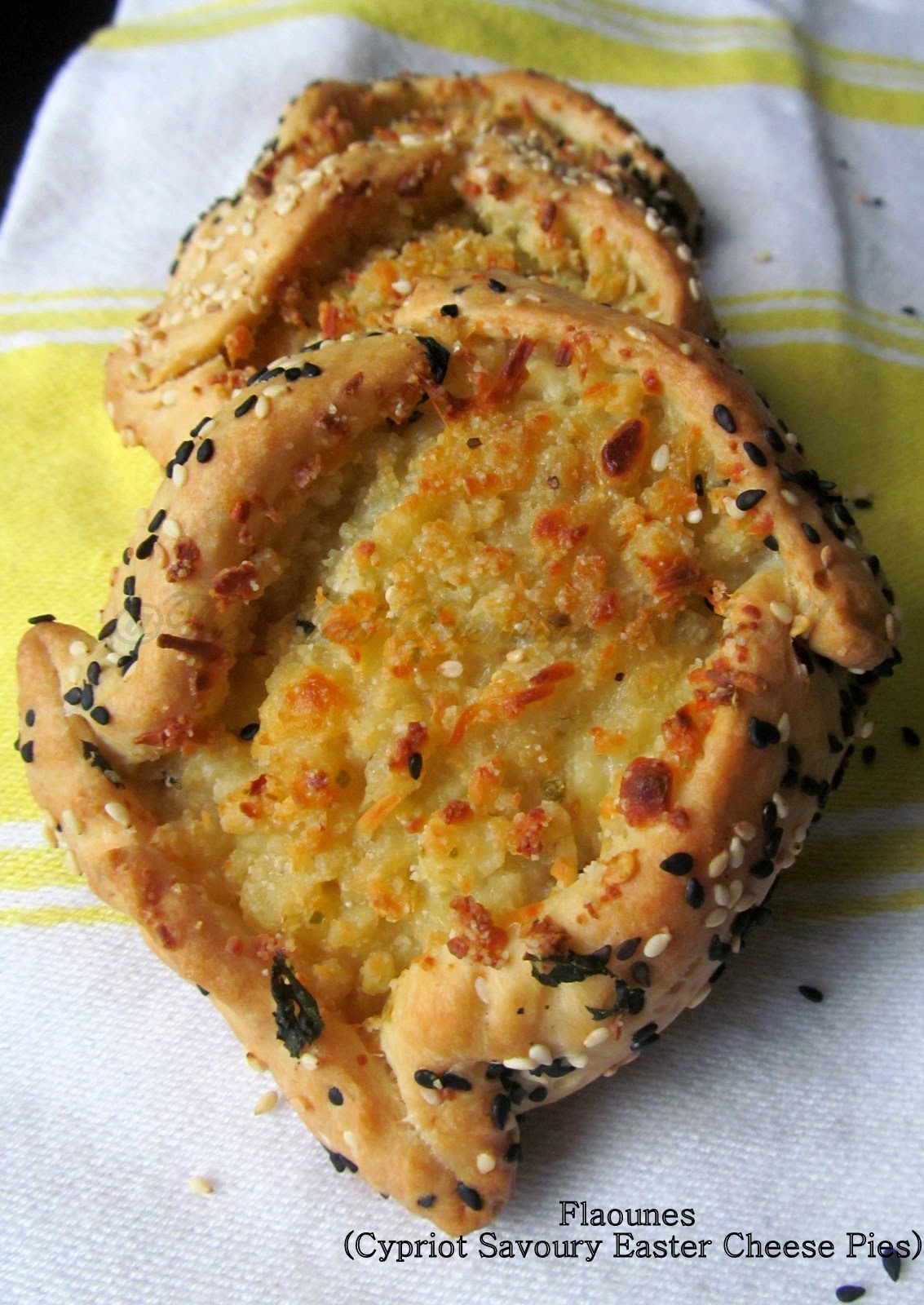 With Easter round the corner, we have a lot of bread for Easter. So also in We Knead To Bake #16: Aparna set us baking Flaounes (Cypriot Savoury Easter Cheese Pies)!
Her write up with the Flaounes is as below,
“Flaounes are savoury cheese pies baked for Greek Orthodox Easter, traditionally made on Good Friday, and are part of the fast-breaking meal after Lent when meat and cheese are not eaten. The cheese that is traditionally used in these pies is called “Flaounes” cheese which is a cheese that is produced locally by Cypriot shepherds, and very difficult to find outside the country.
Flaounes cheese can be substituted with a combination of Cheddar or similar hard cheeses and a softer, milder one like Halloumi. The cheese filling tends to be salty so choose one cheese which is quite salty.
Some of the cheeses suggested as substitutes for Flaounes cheese are Cypriot/ Greek cheeses like Kefalotyri, Kefalogravier or Kaskavali. Other cheeses include Halloumi, English Cheddar, Italian cheeses like Parmesan, Romanelo or Pressato (mild), Pecorino (salty) or French Cantal cheese.”
Apparently, Mahleb and Mastic are used as flavouring agents in making of Flaounes. Mahleb is made by powdering the dried pits of a wild Mediterranean cherry. Mastic is the dried resin of a kind of shrub. Both these spices are quite common in Greek and Middle Eastern cuisine, there’s no real substitute for the flavours.
As in European cuisine, these pies are quite heavy on eggs as in Aparna’s case as we don’t like the “eggy” flavour I have followed Aparna’s method to make these Flaounes. You can leave that out too if you don’t use eggs. For those of you
who like eggs, eggs are used in the bread dough as well to bind the filling.  Also, Black pepper or chilli flakes are not
traditionally used in these Easter pies but I added them. We could actually do with more that what Aparna has added also remember to grate your cheese coarse rather than fine.
I used processed cheese, mozzarella and paneer. I have hardly changed the wording from Aparna’s so if it sounds like her you know why!
Watch this video before you start.
Flaounes (Cypriot Savoury Easter Cheese Pies)
Adapted from: The Traveler’s Lunchbox
For the dough:
For the filling : 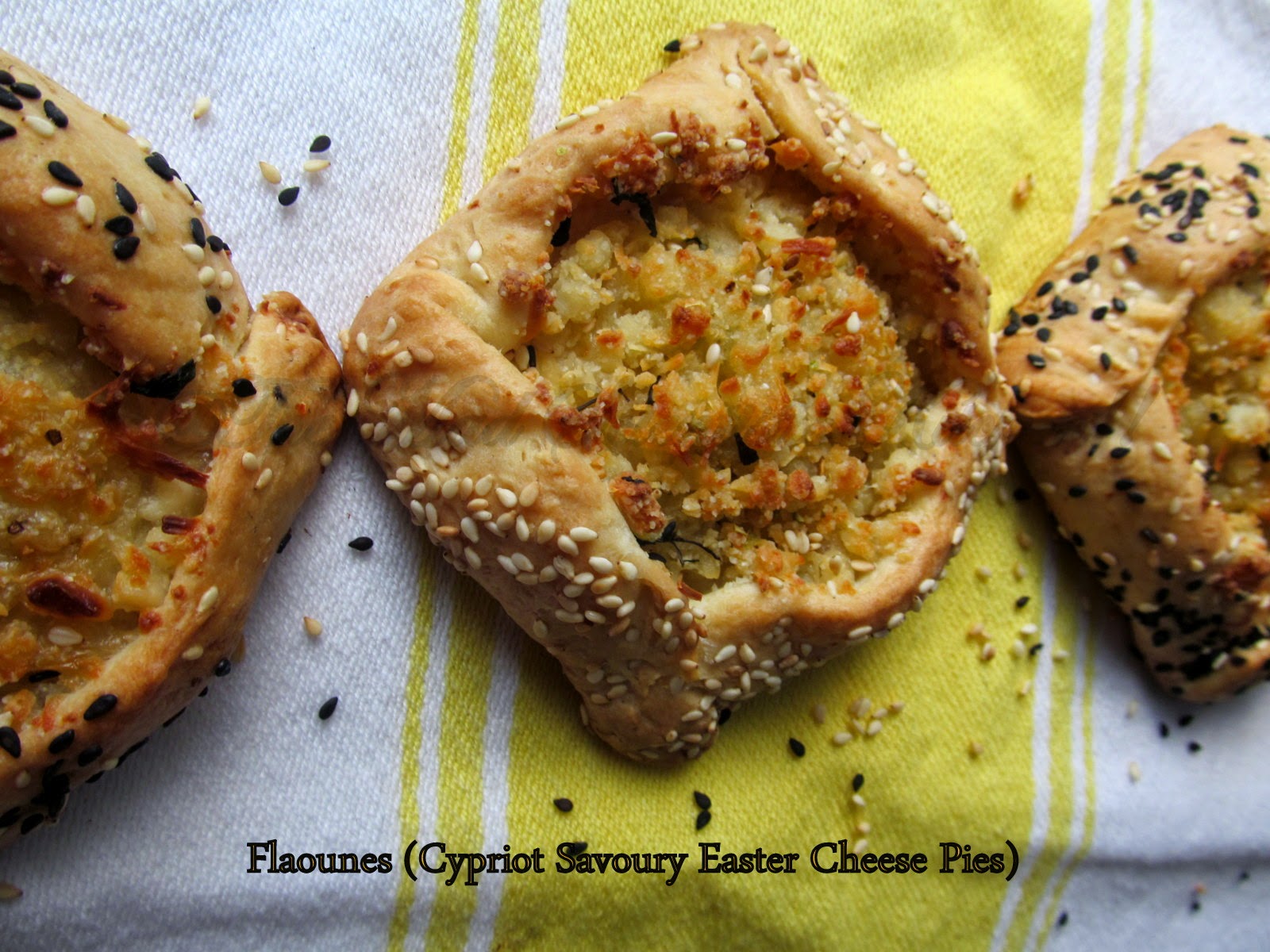 Method:
First, make the dough:
While the dough is sitting for the first rise let us make the filling:
To shape the Flaounes: 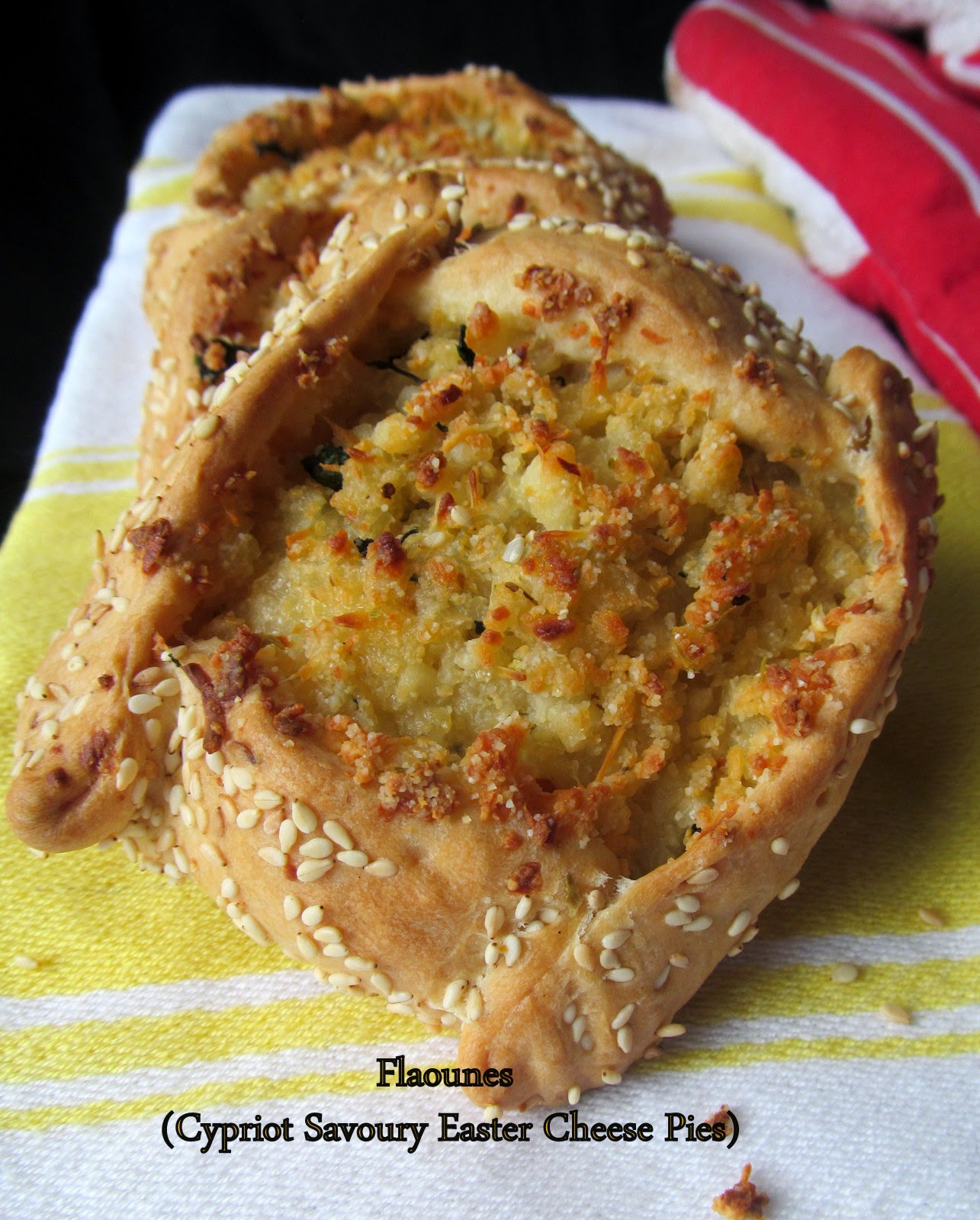