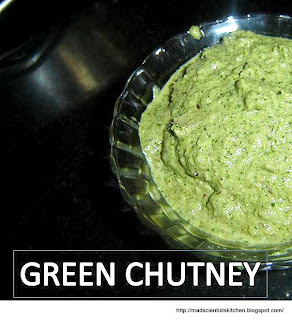 Last year in the month of October about 20 of us had been to Delhi to visit our very good friends Shubhangiand Vinay. Shubhangi and Vinay are excellent hosts and saw to it that we had a very enjoyable trip. On the penultimate day we all decided to go for Delhi sightseeing. Lunch and dinner we were to have out but we all need breakfast and so not wanting to waste time we carried sandwiches.

Jam sandwich for the children and chutney sandwiches for the adults.
Jam sandwich mixed fruit jam of course!
The discussion heated up  how to make chutney for the sandwiches as there was very little coconut left, it was late hence no shops were open and we were to leave very early in the morning. One of my friend mentioned that she used onions, it was a great idea but we wondered if the chutney will last as the raw onion may cause the chutney’s untimely demise. So she and I decided to fry the onion and make the chutney.
The men made both the sandwiches admirably. The sandwiches we ate in the queue at the Bahai Temple.
The older three kids were given the jam sandwiches packets to share with their younger siblings. The other packet of chutney sandwiches I passed around among the adults.
Then one of the men turned around that one sandwich of jam was enough for him he would rather have the chutney sandwich.  So I passed around the second packet then  one of the younger kids, Yuvraj came round and told my friend that the sandwich was very tasty and during the course of conversation with him it transpired that we had passed over the chutney sandwich to the kids and they had enjoyed every bit of it.
We were stuck with the jam sandwiches as chutney ones were all over.
This chutney we tried out many times again and it tastes good. This chutney is christened as “Delhi Chutney”.
For Delhi Chutney the ingredients are:
1 cup coconut,grated
1 onion, sliced
1 tsp of oil
2 green chillies
Coriander a big bunch
½ tsp lime juice or a small marble sized ball of tamarind
Salt
Sugar  to taste.
½ tbsp Amul butter
Method:
1.       Heat oil in a kadhai and add the onion fry till translucent.
2.       Switch off the gas and add the coconut stir a bit.
3.       When the mix cools grind with rest of the ingredients to a fine paste in the mixer.
4.       In the last spin before you remove the chutney from the mixer add the butter and run for about ½ a minute. This way I find that the chutney not only tastes good but also the amount of butter you need to spread on the bread slices is less.