×
You are here: Home / Uncategorized / Chocolate Pumpkin Cupcake & A Break 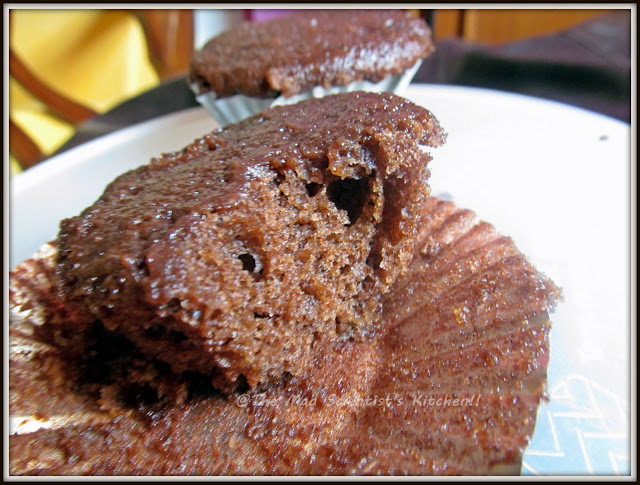 For Baking Partners this time around we had to make Chocolate pumpkin cupcake with frosting. Of the 3 recipes we were give I choose  Priya R  of  Cook Like Priya suggested Chocolate pumpkin cupcake with orange cream cheese frosting from Country living.
The cupcakes were to be frosted but before they could cool down they had all disappeared in the tummies that were waiting at the first aroma of the baking cupcakes.
I had not lined the silicon moulds as I was unable to find any shop that was selling the liners of the size of my moulds. The muffins were so light and delicious that the fact that we could not un-mould them bid not deter anyone. The cupcakes were eaten right from the moulds. J
The only moulds that had the liners were these small ones and the only cupcakes that I had that were kept as my” models” as they are called. 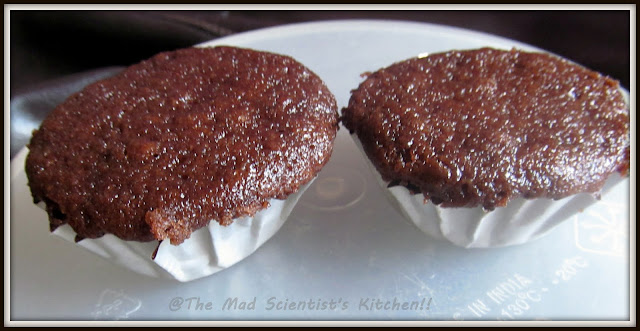 I would like to announce that I will be taking a short break. With Carpel tunnel rearing its ugly head again I am scared and under a lot of pain so atleast for 15 days I will not be here. Please excuse me. Also I will try and read your posts but my comments will e something like yum or equally stupid but I hope you ladies will be understanding enough to accept the comment as something that I will be doing because it is so and I cannot be as vocal with my comments as I will like to be.

Linking this to Baking Partners 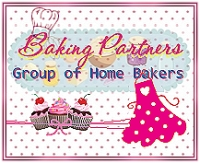