×
You are here: Home / Dips & Sauces / Marinara Sauce for Pasta

According to Wikipedia, “Marinara  sauce(English: mariner’s) is an Italian tomato sauce that originated in Naples, usually made with tomatoes, garlic, herbs, and onions. Its many variations can include the addition of capers, olives and spices. It is occasionally sweetened with a dash of red wine. Marinara Sauce is used to make pasta generally.

This sauce is also widely used in Italian-American cuisine, which has diverged from its Old World origins.
Italians refer to marinara sauce only in association with other recipes. For instance, spaghetti alla marinara literally
translates to “spaghetti mariner’s style” (from the adjective marinara with the feminine suffix -a pertaining to salsa, Italian for sauce), but tomato sauce alone in Italy is called sugo/salsa al/di pomodoro or pummarola (the latter being Neapolitan language).
Several folk theories are given as to the origin of this sauce: One version is that cooks aboard Neapolitan ships invented
marinara sauce in the mid-16th century after Spaniards introduced the tomato (a New World fruit) to Europe. The original recipe did not contain seafood, so it was resistant to spoilage due to the high acid content of tomatoes. This made it ideal for lengthy sea voyages hundreds of years before refrigeration methods were invented. Another theory states this was a sauce prepared by the wives of Neapolitan sailors upon their return from sea.
Historically, however, the first Italian cookbook to include tomato sauce, Lo Scalco alla Moderna (The Modern Steward), was written by Italian chef Antonio Latini and was published in two volumes in 1692 and 1694. Latini served as the Steward of the First Minister to the Spanish Viceroy of Naples. This early tomato sauce was more like a modern tomato salsa.”
So much for history but I did not for once think the sauce I made regularly was Marinara Sauce! Only when I was looking for the sauce for this BM and for Kiddo’s Birthday Party that I found out I was making this sauce regularly.
But let me confess this sauce has been made by my elder one!
I was not well and we almost cancelled the little ones birthday party as I could not make anything. As the initial plan was to make pasta this sauce was something that Apeksha made for Akanksha. So all Apekshas have been met, no more Asha Akansha for me!! Before you wonder what I mean Apeksha is expectation and Akansha means desire, wish!! 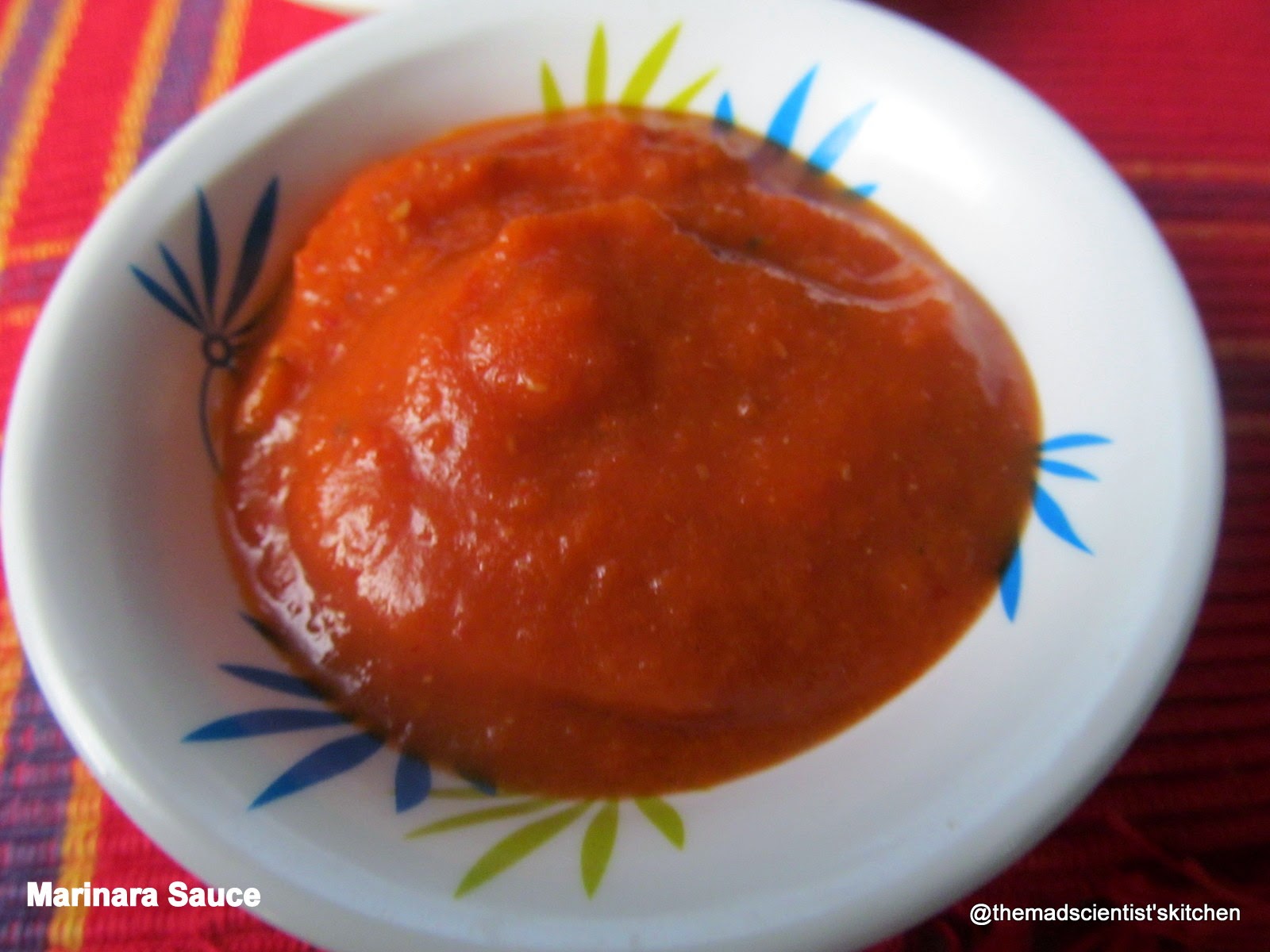 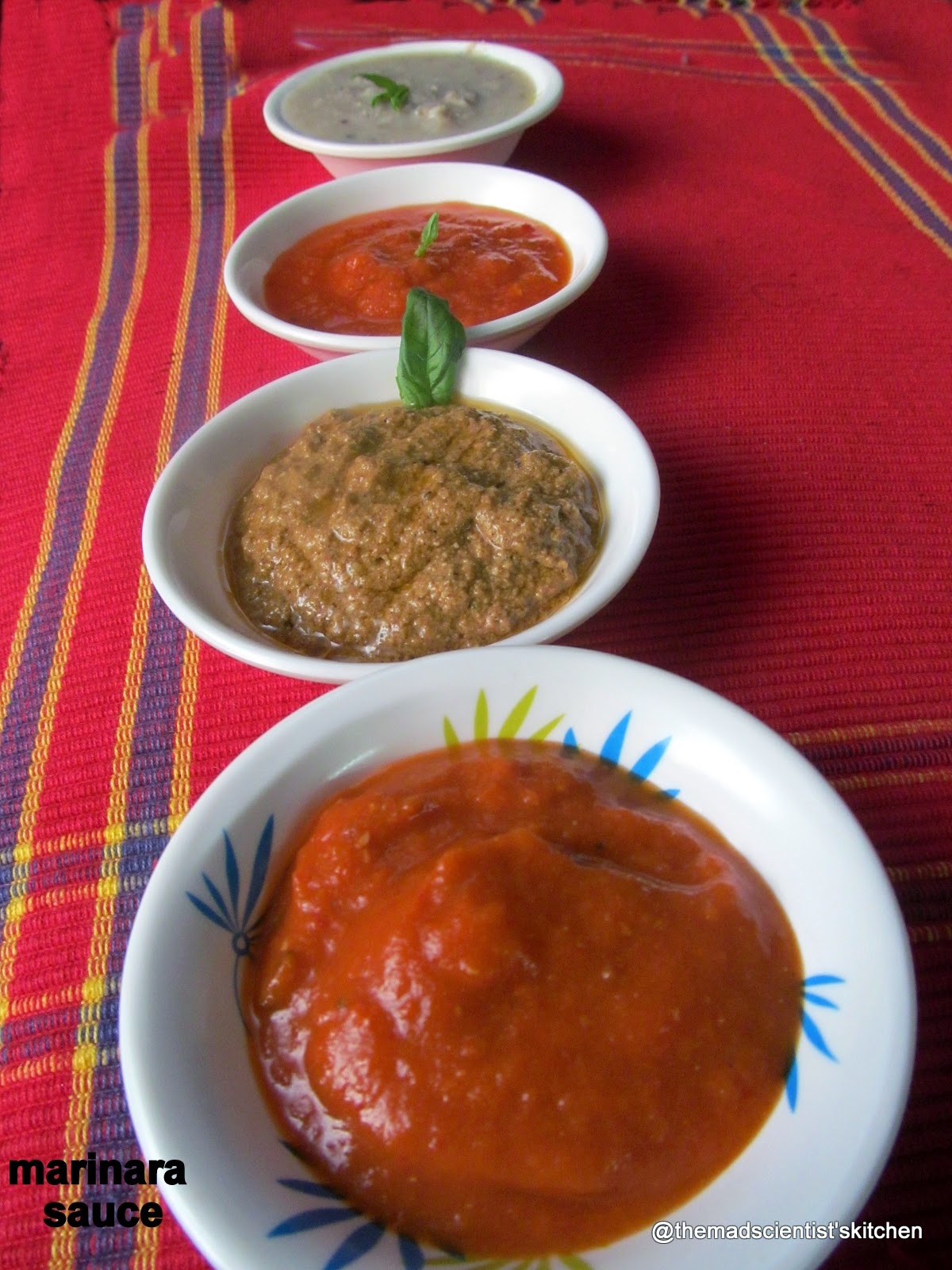 Come back tomorrow for another delicious sauce….

Hi! First time here? Well, then you are Most Welcome! I hope you keep coming back for more here. If you are my regular visitor then Thanks, for you encourage me to experiment more!! Iwould like you to please click on my link below and like my Facebook Page. I will be happy if you can follow me on on Twitter too!