I hope you have enjoyed your trip around the world with us! Wondering what I am talking about? Okay we at
blogging marathon are off” Around the World in 30 Days”! Foodies’ hai bhai kya? Food par he bolenge!

So let’s stop today at M-Mexico! Why it’s like Indian food! My daughters refuse to believe that I have cooked international food today! The younger one checked it out to see if there is something called Mexican Rice!
Shhh!
I do not know what to say? Okay, I do cook up names, fancy names but them not believing me when I am so earnestly telling them…! Pah! I do not know what these youngsters are these days… No respect at all!!! (Ha all that ranting feels good!)
Anyway please, believe me, when I say that most Mexican food is like Indian food so that is the reason it’s popular in India.  I have a big list and recipes shared with me by my friend Vidya that I want to try in near future… so look out for some more delicious food here.
Right now  before you enjoy the Mexican rice I have dished out here some cuisine history, sorry you can skip it if you want and go directly to the recipe and I am quoting what I read in Wikipedia so,
“Mexican cuisine is primarily a fusion of indigenous Mesoamerican cooking with European, especially Spanish, elements added after the Spanish conquest of the Aztec Empire in the 16th century. The basic staples remain native foods such as corn, beans and chili peppers, but the Europeans introduced a large number of other foods, the most important of which were meat from domesticated animals (beef, pork, chicken, goat and sheep), dairy products (especially cheese) and various herbs and lots of spices.
While, the Spanish initially tried to impose their own diet on the country, this was not possible and eventually the foods and cooking techniques began to be mixed, especially in colonial era convents. Over the centuries, this resulted in various regional cuisines, based on local conditions such as those in Oaxaca, Veracruz and the Yucatán Peninsula. Mexican cuisine is closely tied to the culture, social structure and popular traditions of the country. The most important example of this connection is the use of mole for special occasions and holidays, particularly in the South and Center regions of the country.”
” Mexican Cuisine is as complex as any of the great cuisines in the world, such as those of  India,  China,  France,  Italy and Turkey It is created mostly with ingredients native to Mexico  as well as those brought over by the Spanish conquistadors, with some new influences since then In addition to staples such as corn and chilli peppers, native ingredients include  tomatoes,  squashes,  avocados,  cocoa and vanilla as well as ingredients not generally used in other cuisines such as edible flowers, vegetables such as  huauzontle  and papaloquelite or small criollo avocados, whose skin is edible. European contributions include pork, chicken, beef, cheese, herbs and spices and some fruits. Tropical fruits such as guava, prickly pear, sapote, mangoes, bananas, pineapple and cherimoya (custard apple) are popular, especially in the centre and south of the country. It has been debated how much Mexican food is still indigenous and how much is European. However, the basis of the diet is still corn and beans with chilli pepper as a seasoning as they are complementary foods. 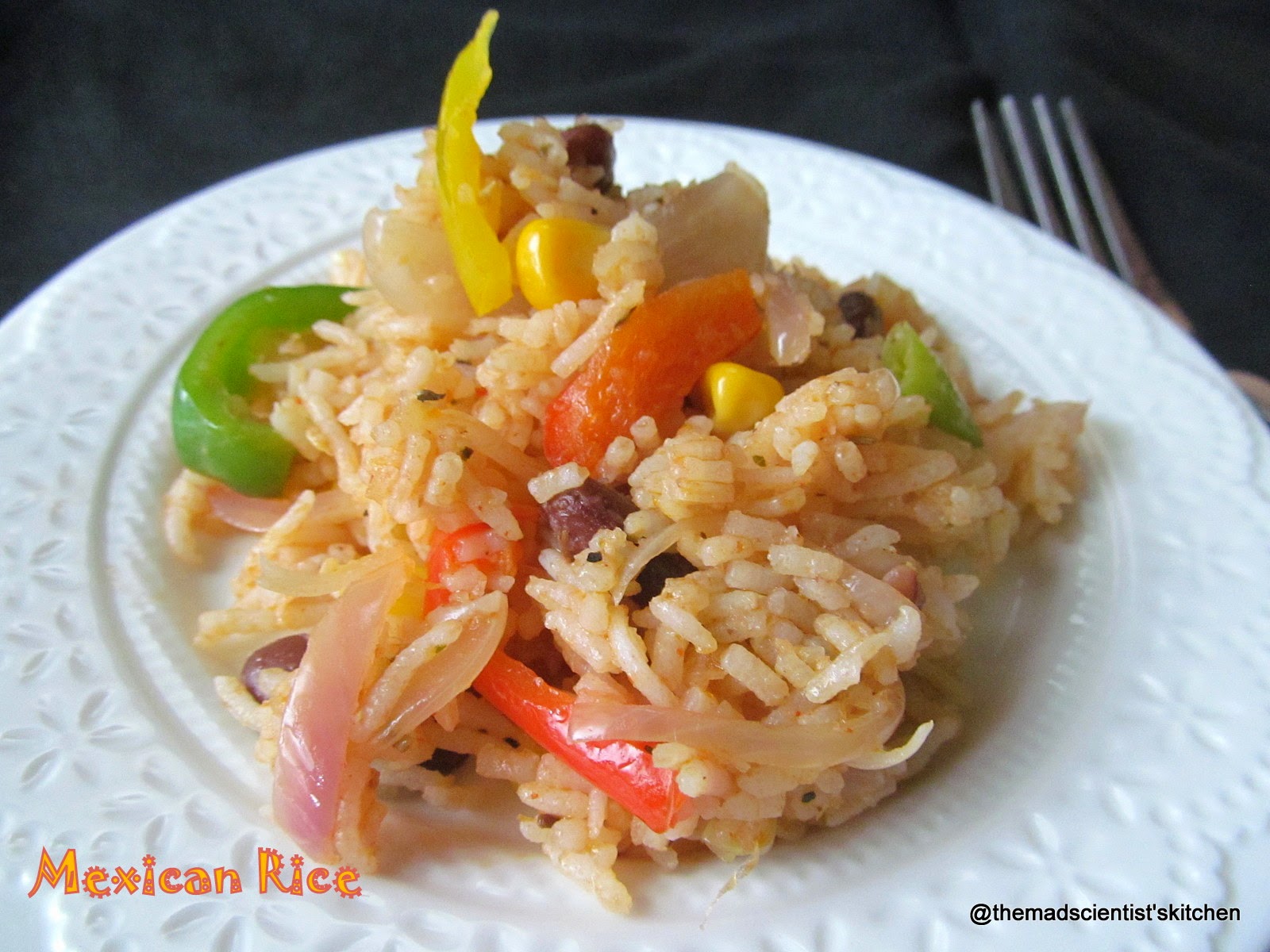 Hi! First time here? Well, then you are Most Welcome! I hope you keep coming back for more here. If you are my regular visitor then Thanks, for you encourage me to experiment more!! I would like you to please click on my link below and like my Facebook Page. I will be happy if you can follow me on  Twitter too!